We received information about the French ringed Sand Martin 8911708 Paris we caught at the Cockerham colony on 4 June 2022, the martin identified then as a breeding male ( 4 ♂ ). 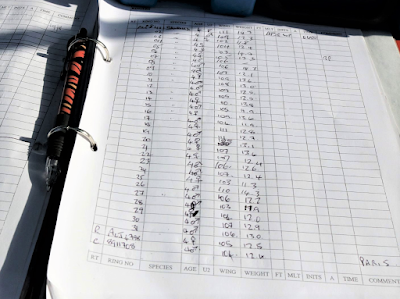 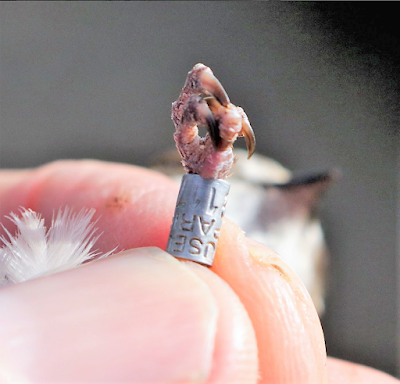 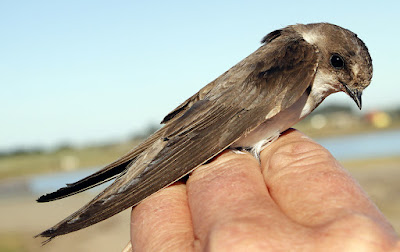 Adult Sand Martin
At the time we assumed it had been ringed along the Atlantic coast of France but a detail that surprised us was not the place of ringing, Chenac-Saint-Seurin-d'Uzet, Charente-Maritime, but rather, the early date of the capture as 17 July 2021.  At that time it was a juvenile of the year 2021 so must have left its place of birth quite early before flying over the English Channel and then to South West France in the early part of July. 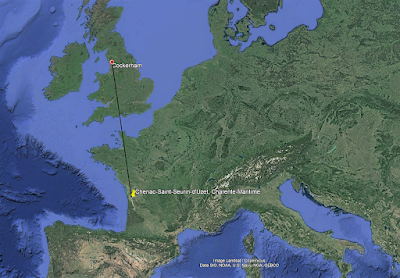 Sand Martin 8911708
The BTO Migration Atlas tells us that young Sand Martins continue to roost in their birth tunnels or adjacent ones for several weeks before their gradual dispersal to other roosts and other colonies during their familiarisation period. This is a time of life that helps their return in the following year when they choose a place in which to breed, a location that is usually close to their place of birth.
The summer of 2021 was an especially poor one of rain, below average temperatures and lack of food when the Cockerham colony, perhaps along with others colonies, appeared to abandon their nests early. We have no way of knowing for sure if the wet and cold summer contributed to the early capture of 8911708 so early in July 2021 but it almost certainly played a part. 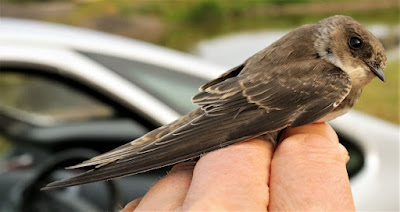 Juvenile Sand Martin
Duration: 322 days Distance: 951 km Direction: 352deg (N).
The week has not been helpful to ringing with strong winds on most days. Saturday and all of next week are looking much more helpful.
And the week after next will be our last visit to the Sand Martins before they all fly south again. Hopefully we can increase our total of 160 captures for 2022 and gather more information about the fascinating lifestyle of this species.
Thanks are due to the Parry Family for allowing continued access to the site and for their support in our studies.
Log in soon to Another Bird Blog for more news, views and photos.