Well, sort of a full house when I visited Cockersand on the best day of the week weather-wise. Sightings for the little black book looked good, and Plectrophenax nivalis hunters were out in force, with fourteen cars parked up when I arrived.

In order of being seen, 7 Goosander were the first to be noted on Conder Pool, then 22 Black-tailed Godwit arrived over the pool from the Lune Estuary, circled once and appeared to be going to land on the island, but decided against it and departed back from whence they came, they were accompanied by 2 Jack Snipe in the flyover. Two Little Grebe seen, one on the pool, one in the creeks.

The Cockersand swans were scattered over three fields, I estimated they numbered 220 Whooper Swan, with 8 Bewick's Swan accompanying 114 in fields west of Gardner's Farm. At high tide, 6 Rock Pipit were with a similar number of Meadow Pipit on the marsh, a few Snipe were driven off the marsh by the tide, and the female Stonechat of the wintering pair was constantly mobile over the shore between the caravan park and Bank Houses, it was still there two hours later on my return, but I never did see the male today.

By the time I reached Cockersand Abbey, a happy little band of birders were enjoying the sight of an obliging and tolerant Snow Bunting quietly pecking around the front door of the abbey, at the same time 12 Twite were also pecking around the gate to Abbey Farm.

When I got back to the caravan park, a traditional look through the gate by Lower Bank Houses paid off when a Barn Owl came into view before soon disappearing again. 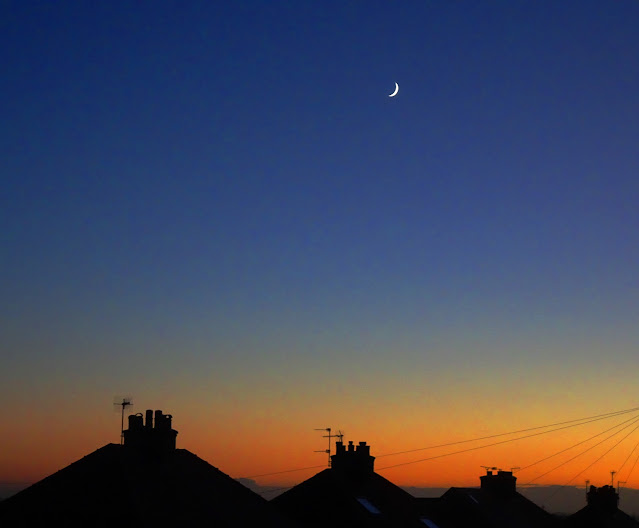 I didn't hang around for the sunset at Cockersand, but when I got home, this was the view looking SW from our bedroom window at 16.40pm....Another Grand Finale.

First recorded (shot*) in Britain at Sladesbridge, Cornwall in November 1908. The sighting stayed unrecorded until it was exhibited at a meeting of the BOU in October 1918.

*Nothing's changed in the persecution of birds in the 113 years since this man seeing the bird from a window in his house, he records himself to say....'I took my gun and went out, and successfully stalked and killed it'. 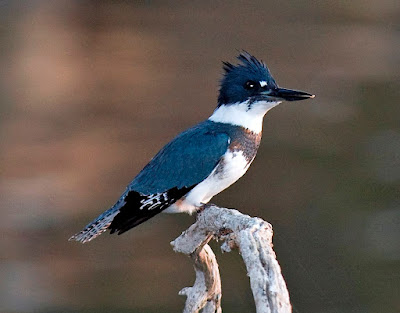 An angler and ex-birder George Shannon was astounded to see the bird at Redscar Wood by the River Ribble in Preston on 8 November 2021. George couldn't believe his eyes that a Belted Kingfisher had crossed the Atlantic Ocean and  found itself in Lancashire, England, but his disbelief was dispelled by the fact he had previously seen the Belted Kingfisher for himself in North America. In the month that followed the birds discovery by George, twitchers in droves from all over the country have been to see this bird.